Floods in the Border Rivers

Since the commencement of river level observations at Mungindi in 1886, the Border Rivers Basin has experienced floods of varying magnitudes and durations. The basin comprises a complex drainage network of some 44 070 square kilometres, the northern half of the basin being located in Queensland and the southern half in New South Wales.

This report is intended to give a general understanding of flood behaviour in the Border Rivers Basin, with particular emphasis on the major flood events of recent time. These occurred in 1956, 1971, 1976, 1983, 1984 and 1988. Brief details are also given of the historical flood of 1890.

Floods in the Border Rivers 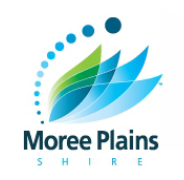 The Shire of Moree Plains, located in northwest New South Wales near the border of Queensland, is one of the largest Local Government areas within New South Wales. Moree is...