The town of Balranald on the Murrumbidgee River in New South Wales has a population of about 1,600 and is protected from flooding by a long levee system which incorporates some local roads and sections of high ground without a levee. Information supplied by Balranald Shire indicates that the total length flood protection levee provided by the levee/road system is 12.2km. After initial construction, thought to be completed 1974, and without reference to any specific standard or flood level, the levee was raised in several phases. Work on the south western section of the levee was initiated as a result of approaching floods.

Balranald Shire Council has plans in place and work has commenced to upgrade the road system at Balranald with the north eastern section of the new roadworks replacing the existing road and levee along Bourpie Lane. A final design for the new road system will be determined by council however it is not planned to construct an elevated road system.

Despite deficiencies in sections of the levee system the town of Balranald has not been inundated as a result of failure of the levee.

The audit is designed to appraise the flood security and structural adequacy of the levee system at Balranald. This report presents the results of that audit and consists of a visual appraisal of the levee and materials, assessment of the water retention capacity of the levee, research of flood records and an appraisal of the cost of corrective action and the extent of such action. 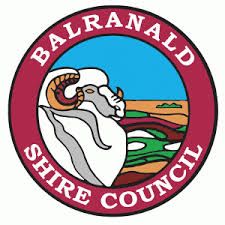 Located 850 km south west of Sydney and 450 km north of Melbourne, Balranald Shire Council covers an area of 21,346 square kilometres. Major townships within the Shire are...