Dungog is located in the Upper Hunter Region of New South Wales, approximately 60 km north of Newcastle and 70 km inland from the coastline at Seal Rocks. The township of Dungog is situated at the confluence of the Williams River and Myall Creek. Three smaller catchments including the township, Common Creek and Melbee Estate catchments also provide a source of flood risk to Dungog.

Dungog Shire Council (Council) is responsible for flood risk management and local land use planning within their Local Government Area (LGA). Council has commissioned Royal HaskoningDHV (RHDHV) to produce the Dungog Floodplain Risk Management Study and Plan (FRMS&P) on behalf of Council and the NSW Office of Environment and Heritage (OEH).

The present FRMS&P included developing a Flood Study that defined flood risk in Dungog from all sources (i.e. Williams River, Myall Creek and local township catchments. The Flood Study was completed in February 2017.

History of Flooding in Dungog

The extreme flooding that devastated Dungog on the 21st of April 2015 was caused by an East Coast Low that caused significant flooding and damage to a number of areas in the Hunter Region and Sydney and is often referred to as the April 2015 “super storm”. The storm produced catastrophic flooding in Dungog resulting in three fatalities, washing four houses away and flooded some 80 dwellings, many to ceiling level. The flood event is likely to have an approximate annual exceedance probability (AEP) of 0.1% or an approximate frequency of a 1 in 1000 year average recurrence interval (ARI).

Other significant floods include: The “Pasha Bulker storm of 8th June 2007 which flooded a number of low lying properties (on Hooke Street and Dowling Street) was approximately a 1 in 20 year ARI magnitude event. Three older significant events (with a 5yr - 10yr ARI magnitude) occurred in February 1990, October 1985 and April 1946. The recent January 2016 event was smaller than a 5yr ARI event. 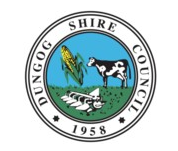